The NOR for Fred Schroth’s Easter Regatta is out!! Get planning/practicing for our second district regatta!!

Give the NOR a quick read from the link HERE

The last district circuit event is coming up soon and it will also be the District Championship regatta.  Come down to beautiful Lake Canyon for Wurstfest Nov. 6-8.  Registrations and NOR are available online here.  This regatta will also qualify you for up to 20 grand prix points.  You must be a class member to receive points.

Afterwards, we will have a meeting to elect the new district secretary and discuss any other issues of interest.  You can renew your Laser Class membership online here.

The Arlington Yacht Club is hosting the next district event at their NEW (temporary) home on the Ft. Worth side of the lake.  Check out their NOR here and then register online here.

Registration and NOR are up online here.  Palacois is a costal town near Victoria Texas about 90 miles south of Seabrook.  Easy access from Austin/San Antonio too.  The Luther Hotel, located right on the shore, is booking up fast.  Give them a call at 361-972-2312.  An good alternative is Deluxe Inn in downtown Palacios.  The phone number is 361-972-2547.

We should expect good breezes and lots of fun.  Come on down!

The registration for Summer Solstice at Seabrook Sailing Club is open.  Click here to register online.  Come out Friday night, June 19th, and watch the fireworks at the best location in the bay.  Racing starts Saturday morning and finishes up Sunday.  Always a fun event with great people and excellent sailing conditions.

The next district regatta is coming up quick. May 15-17 at Rush Creek Yacht Club. This is normally a junior event, but we since we have so much fun sailing with the kids, the adults have been invited to join in. You can register online here. There is plenty of water at the lake and it’s just a short drive east of Dallas at Lake Ray Hubbard. More information about RCYC at www.rcyc.org. 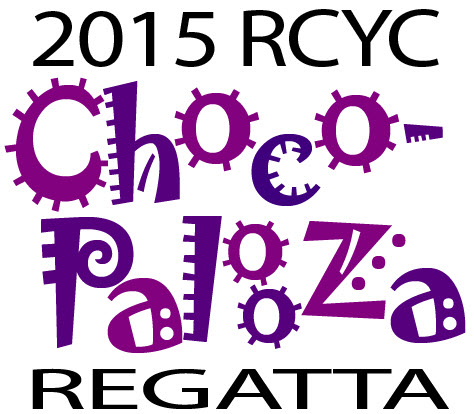 The Dallas Laser Fleet will host the 2nd District regatta at CSC on White Rock Lake April 18-19.  Registration can be done online here.  Contact Don Silva at regatta@dallaslaserfleet.org with any questions or requests.

UPDATE:  Due to the March of Dimes event on Saturday morning, the start of regatta will be delayed until the afternoon.  An updated NOR has been posted.

Below is the district circuit regatta schedule.  The District 15 Championship will be during Wurstfest at Lake Canyon Yacht Club.

Wash down the travel trailer and join your friends.

It has been a great year for Laser sailing in 2014.  We saw a 22% increase in the number of skippers competing in the district circuit events this year.

Each won 1st place in a single event

Congratulations to everyone.  Look forward to seeing you on the water soon.

Everyone had a great time.  There was every kind of condition to challenge everyone.  From zero to no wind to 15+ with waves, everyone got their favorite.  Below is a write-in from the regatta winner who happens to be an Olympic coach, Luther Carpenter.  Here is a link to some that might be of help to your sailing career.

Wurstfest 2014 delivered amazing conditions for the 16 Lasers (and 2 4.7s) that assembled in Canyon Lake.  Day 1’s forecast was a promised 7-10 knot easterly, in perfect mid 60-70 temps, and it delivered exactly that.  It was shifty and puffy, never left us in the doldrums, and the next feature was always coming in the next 30-60 seconds.  Courses were 2-lap W/L which took about 20-25 minutes.  Our RC cranked out 6 races on Sat.
The competition was great, with virtually everyone having their moments on the first beats, hooking in some nice shifts.  Consistency was the game,  but glory moments sure are fun!
For me, I thought there were a number of interesting observations of the day:
1) Would the close right hand shore,  and the subtle right shift in the forecast,  favor the right?
Well the glare in the first few races made it really hard to assess the wind looking right,  and I chased what I though was velocity over there several times.  After a few beats,  I began to think the shore had little or nothing to do with the wind.
2) The wind was easy to see coming, so standing up pre-start was essential,  and believing in what you were seeing was the law.
3) Reading start-line geometry in the last minute was critical to sprinting out early in the beat.
Several early starts were “tack at the gun”, or shortly after.  These kind of starts can frustrate many, but you must learn to love them.  The sweetest component of these starts, is that it does not matter how you look on the boat to leeward of you.  He can be right in front of you, or closely lee-bowed – but it doesn’t matter, because you will be tacking right away.  Now what does matter is that the boat on your hip cannot be in a position to pin you.  So on those starts that the wind was heading at 30 seconds, I tried to charge toward the line aggressively so that my hip boat was almost dead astern.  Of course that sounds like a formula for OCS, but if the wind is heading (pin favored), there is little danger of sailing over the line – your are paralleling it.
Once we got to Race 4,  the wind started to favor the Committee boat, so it took more discipline to hold back.  I realized (later on Sunday!) that since I was lining up early in my spot,  I should have held back a little more,  so when the 30-20 sec crowd can in,  we weren’t already too close to the line.  Now it was a unique event in that the RC was being VERY liberal with calling the line on Sat,  and then quite accurate on Sunday – something you have to track and discuss with your buddies in the fleet, and develop into your discipline and strategy.
4) The phases were usually big enough to defined what tack the fleet should be on.
That was great when you were in the lead, and took some patience when in a tight lane.  If you could manage your lane, minimizing your loss and being patient for the next pressure line ahead usually worked out.  If you had to clear out of your lane, don’t let it turn into a long corner bang if the phase is obvious.
5) It was shifty, but velocity rules (and usually comes with a nice shift!)
6) Downwind always matters…
The downwinds were really fun from my perspective,  and I was psyched to improve throughout the day.  The fleet was good at seeing velocity and lining up well for it.  My day turned around when I started steering almost purely by weight,  fine-tuned board height (put it down more) and was super attentive to the C-vane wind angles.  Since the phases were going back and forth,  the by-the-lee to reaching changes were coming fast,  so transitioning into those with power and precision with sheet and correct heel made a huge difference.  This was especially true at the end of the day when the waves built enough to dictate more surfing than a rigid sailing angle.
Sunday brought more wind, ranging from 10-16 and a bit further right.  Pre-race warmups,  a weather mark quite close to shore,  and the wind trying to go right most of the time made it feel like a right favored course.  But the interesting thing was we were so lifted off the line each race,  that staying on starboard was the only move,  until a nice windy port slant meandered it’s way to us – usually up near the port layline.
My big take-aways from Sunday were:
7) Holy re-calibrate on the starting line!
The RC is a new sheriff today,  it was mostly boat favored,  and it only took 3-4 seconds to get up to full speed.  My first start I sheeted in at 8 secs,  and was frantic trying to hold back.  The rest of the day fully committing at 3 seconds with the vang already pre-set was much better.
8) Just like Saturday, playing the vang and cunningham upwind was important on both sides of the wind range.  Reading the size (length) of each lull or puff kept you hiking and balanced for the majority of the beat.
9) Although the wind was up, since the course was skewed right, the downwinds were more of a by-the-lee parade.  When I tried to sail them with  square-run technique, I usually felt like I lost boat-lengths.  It was hard to be disciplined in the wind,  but it was the course.
Well those are a collection of things that I least I ponder about, perhaps they might be interesting to some of you.
It was fun seeing all of you again.  The racing was action packed and challenging,  yet the perfect length and conditions for our fleet.  Many thanks to the Wurstfest Regatta Race Committee and LCYC for putting on a great event!
Luther Carpenter – 195162
Category: D15 Regatta |
« Older Entries