Scores and Pictures from The Seabrook Summer Solstice

A great time was had at the Seabrook Summer Solstice last weekend with nearly 20 boats and stellar conditions!

Seabrook Summer Solstice Registration is Up!

Easter Regatta NOR Is Up!! 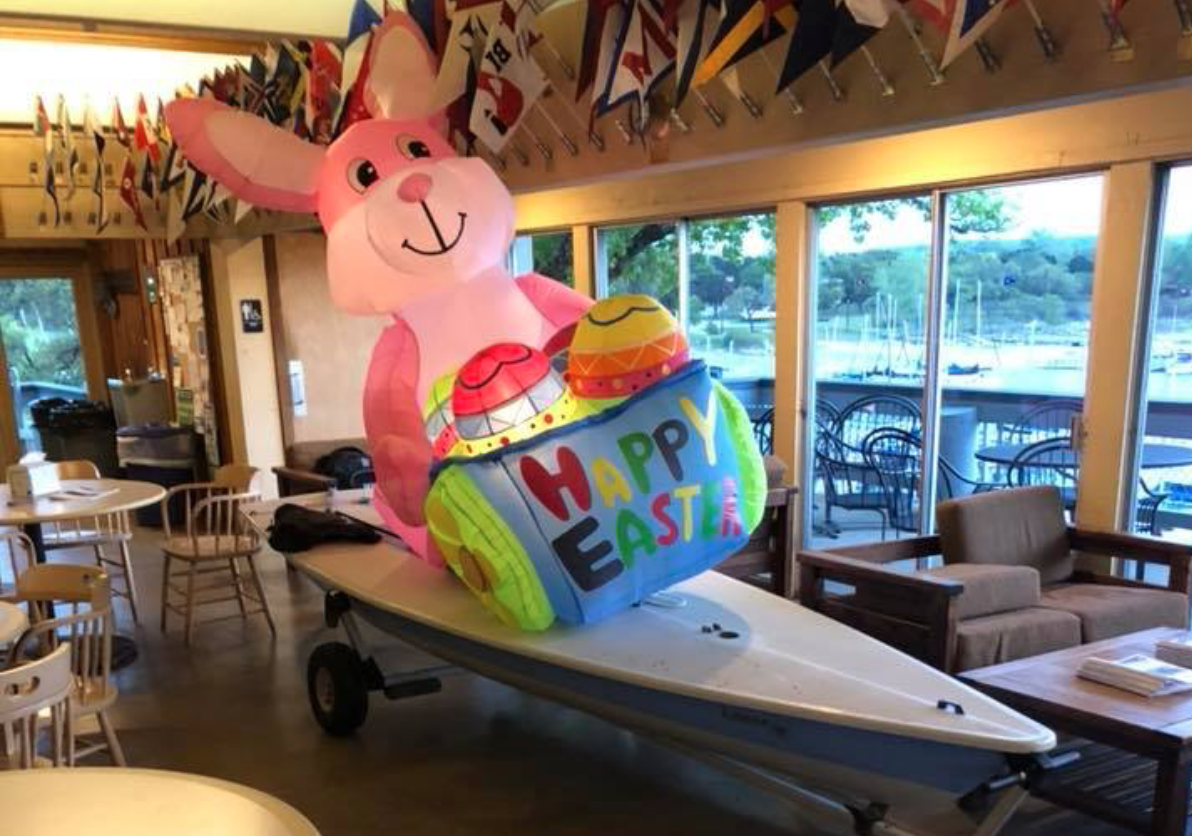 After a difficult 2020, the Easter bunny is back and better than ever as he prepares to host ILCA/Lasers at Austin Yacht Club with the help of the legendary Fred Schroth!

This second stop on the District 15 Circuit will be held on April 3rd and 4th at the always beautiful Austin Yacht Club on Lake Travis. We have sailors coming in from as far as Florida, New Jersey and maybe even Colorado if they can dig themselves out of the snow! 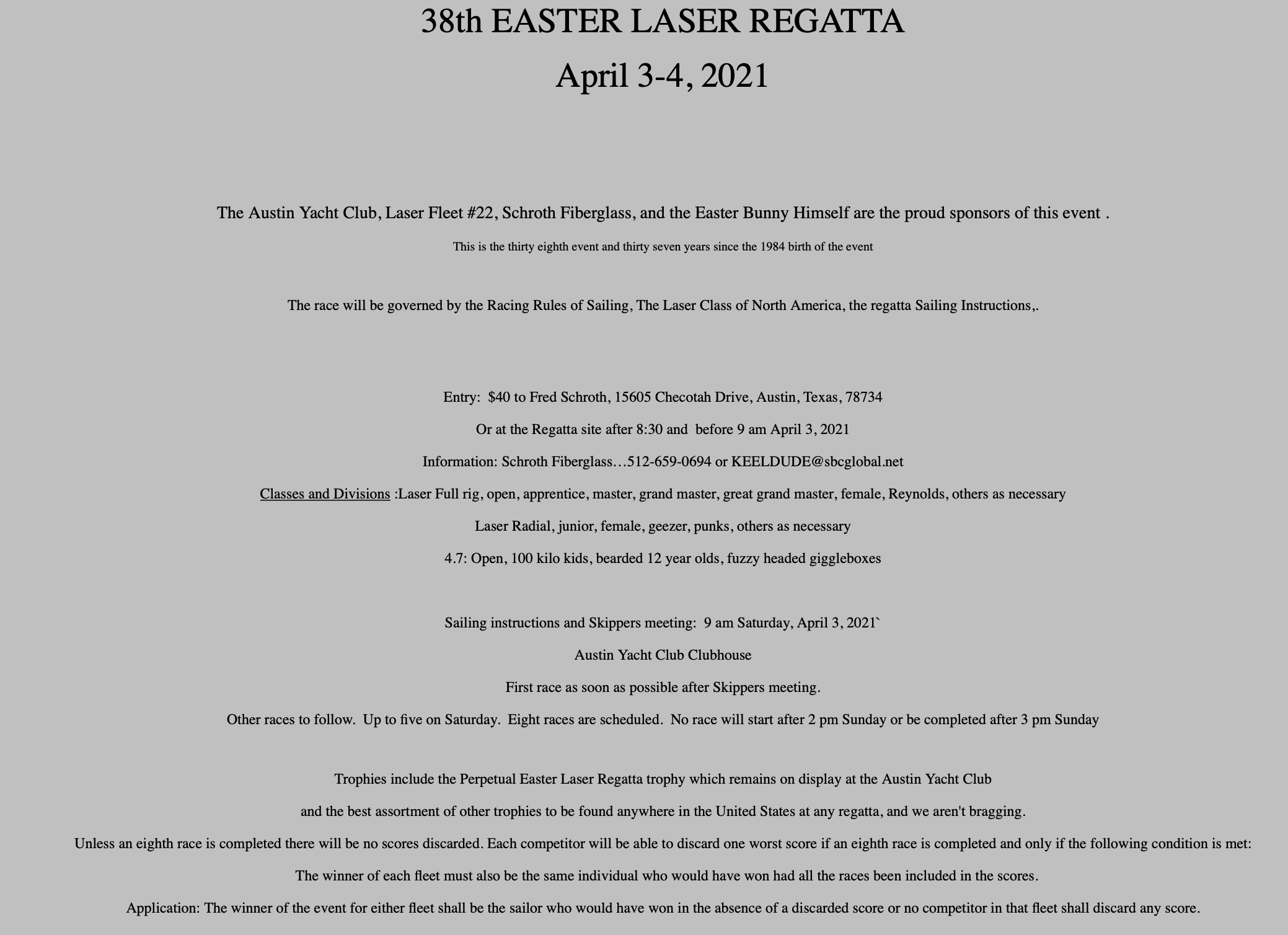 Please e-mail your registrations to keeldude@sbcglobal.net so Fred and Mr. E. Bunny can plan for food and festivities. As usual, camping is permitted behind the cabins on AYC grounds. This should shape up to be a fantastic event!!

Rock the Ice Results and Pictures!! 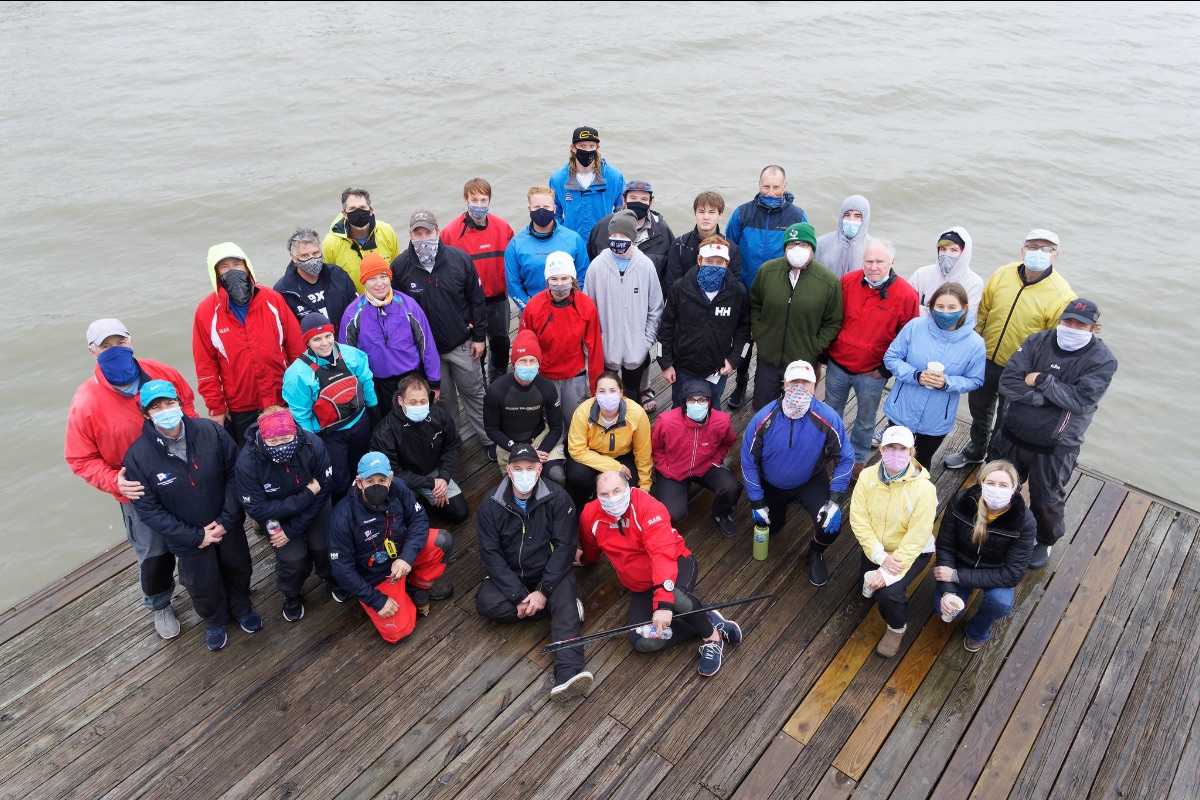 Rock the Ice was a fantastic weekend chock full of high winds, tight racing, and lots of smiles!! Congratulations to all competitors who braved the tough conditions, but especially to our champions (Results Below).

Thank you again to all of our volunteers, both on and off the water for making this 5th year our best yet! Stay tuned for a full regatta report coming next week. 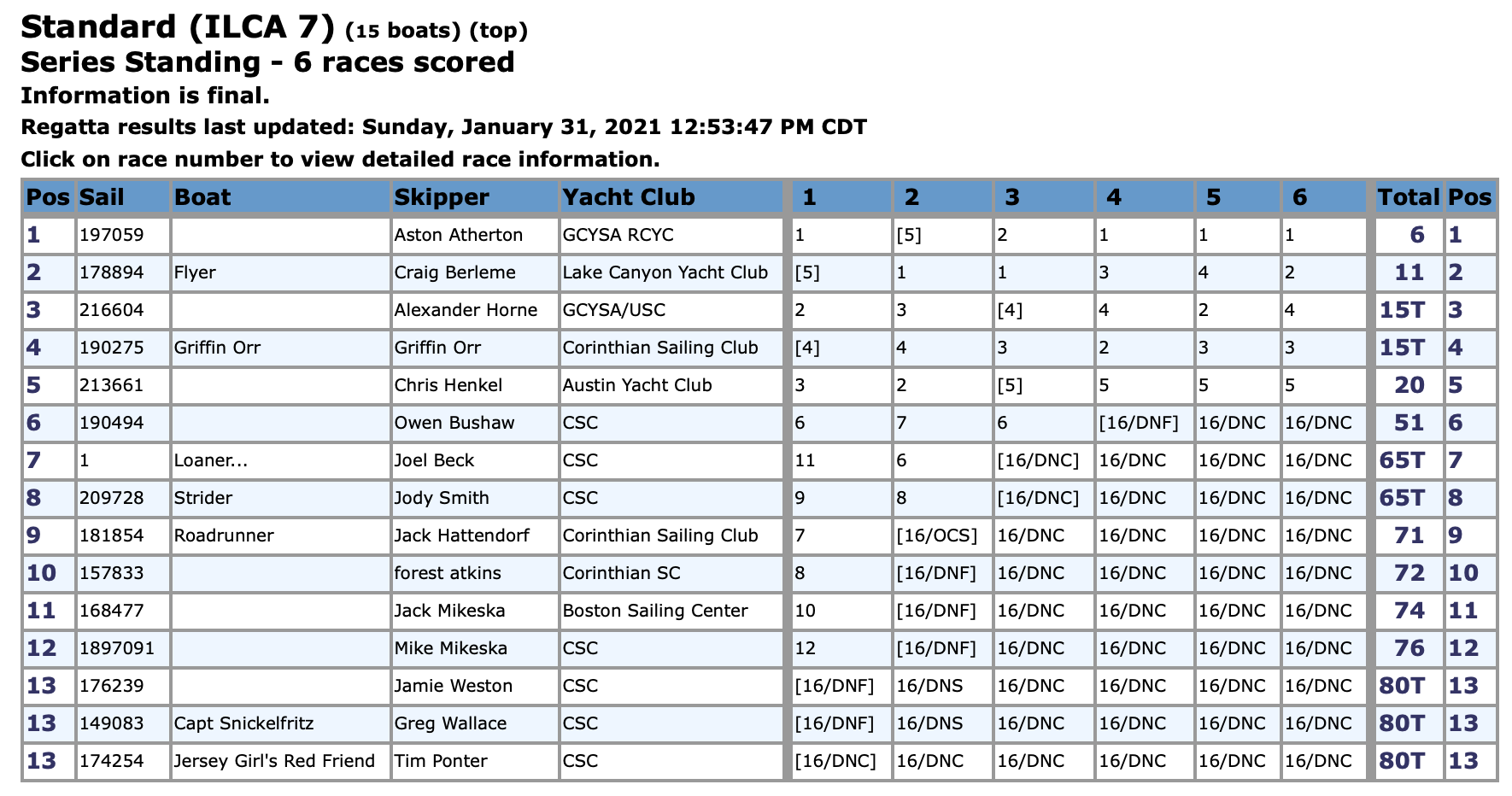 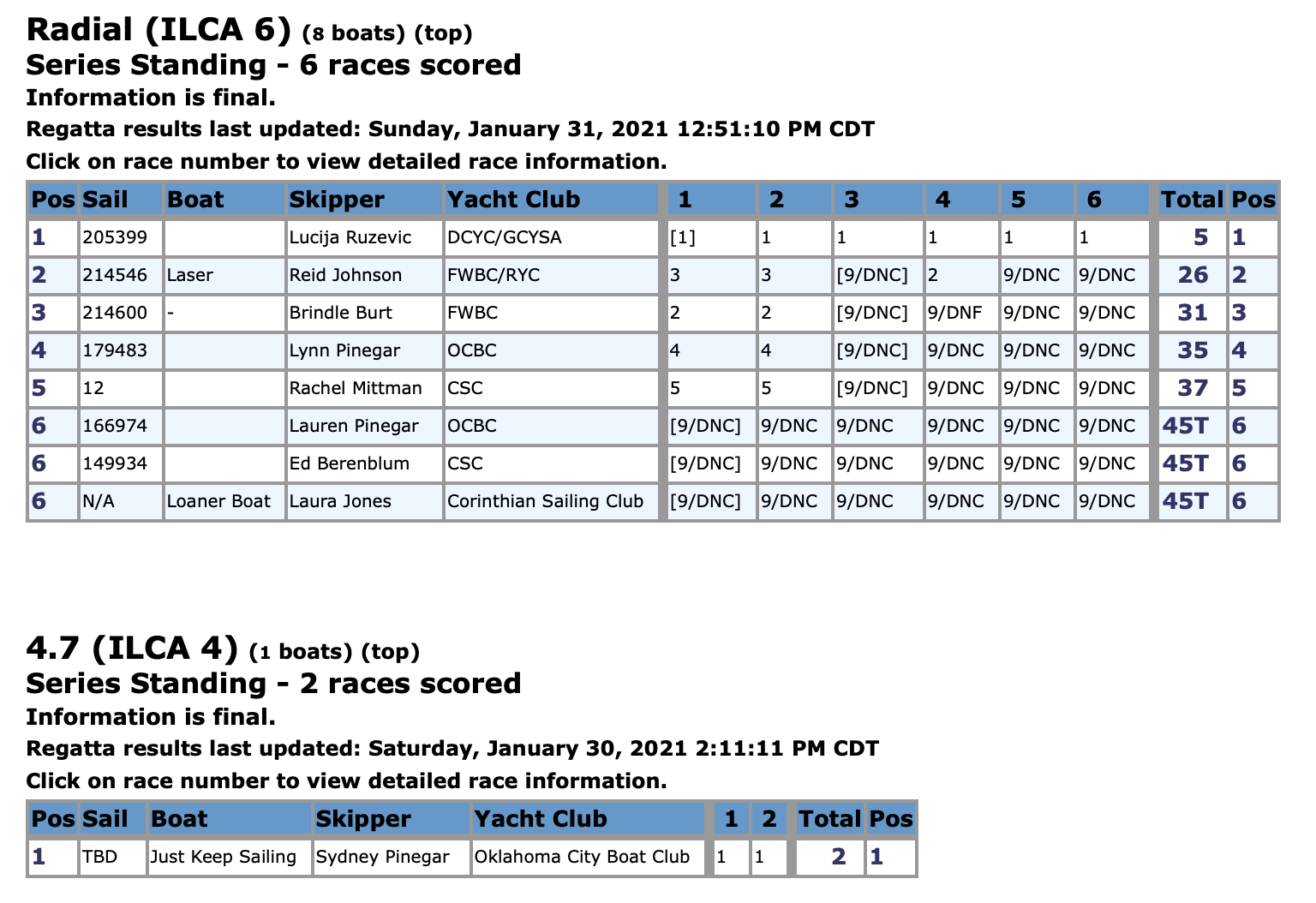 Rock the Ice NOR and Registration are Up!

Come join us for our 5th Annual Rock the Ice Laser Regatta held this year on January 30/31st at the Corinthian Sailing Club in Dallas!! Expect warm food, hospitality, and even hotter competition!!

D15 Tech Polos are now available!! Some may have seen these awesome looking shirts at our district championships and now they are available to everyone!! These are only $25 each, making the perfect Christmas gift for the Texas ILCA/laser sailor in your family!!
Contact Peter Atherthon at to get yours today!! 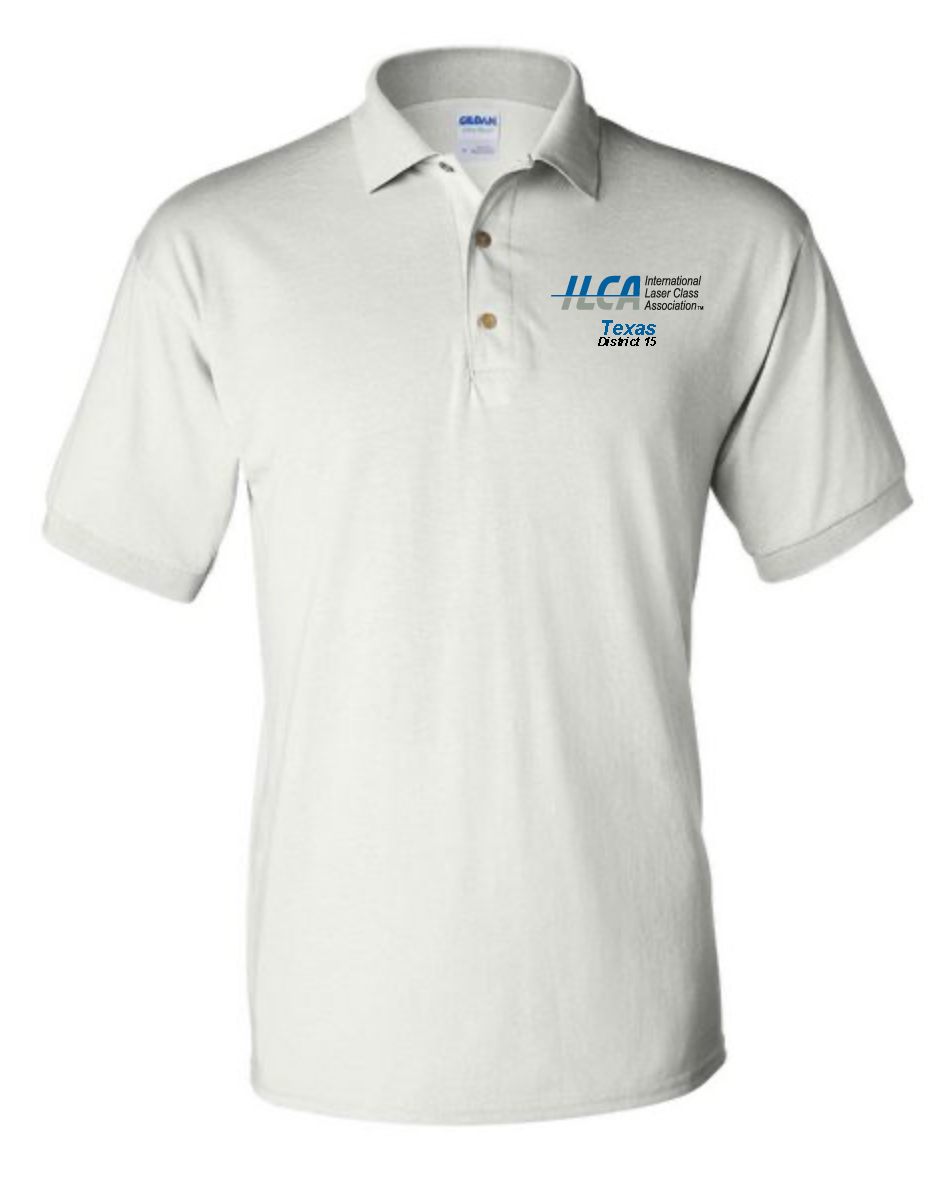 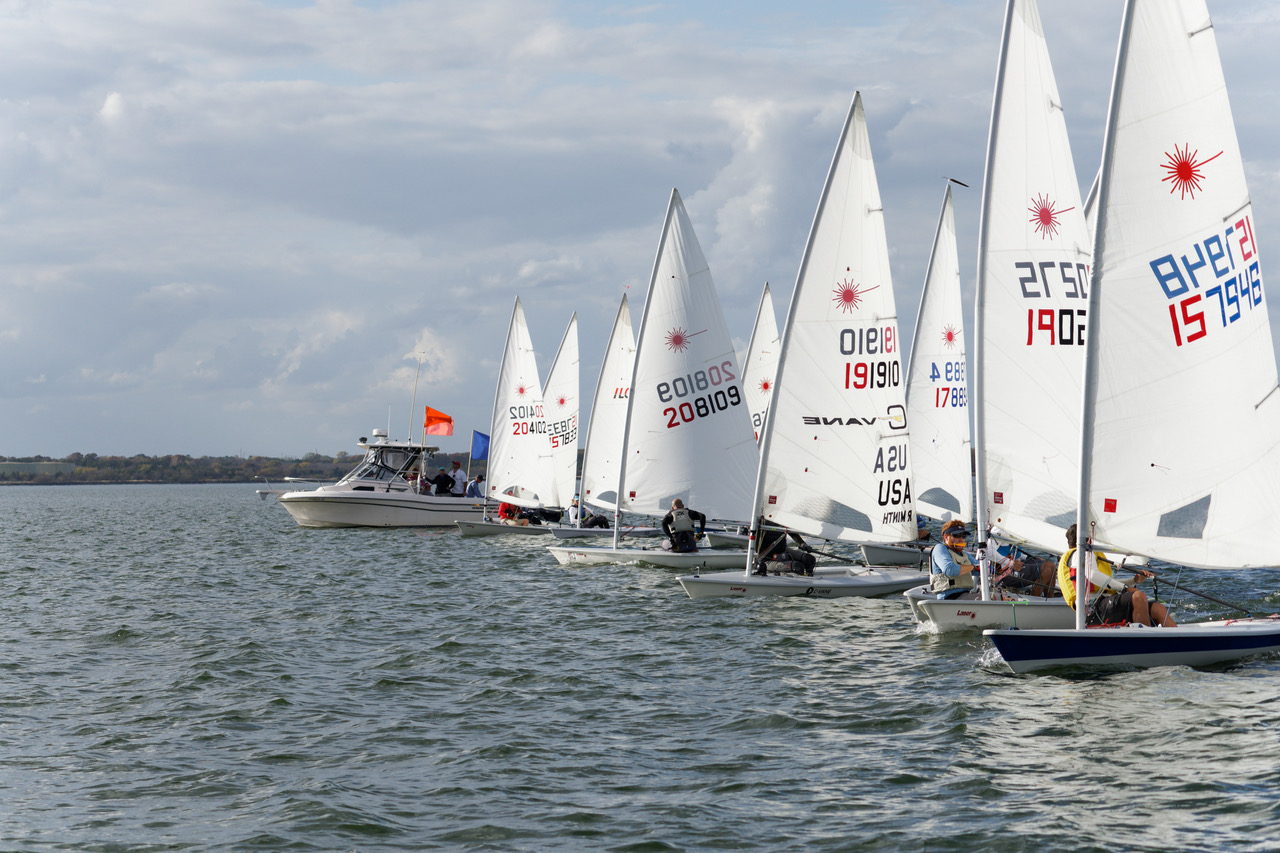 The District 15 Championship Regatta hosted by the Rush Creek Yacht Club was a monumental success with over 35 boats attending and epic conditions ranging from 5-35!! Full report coming soon. 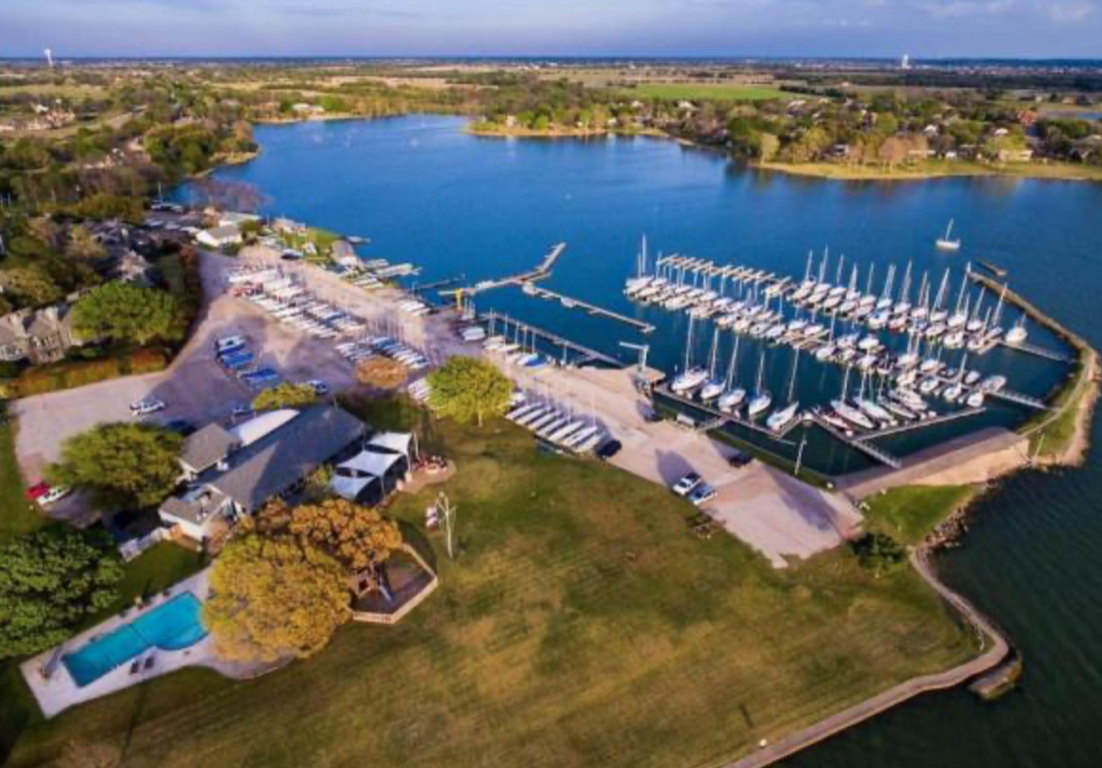 Good news everyone!! Though COVID cancelled our original location for district champs at Canyon Lake Yacht Club, the Rush Creek Yacht Club in Heath has stepped in and has offered to help us put on an event  on November 21/22nd. This will be a two day event with lunches and tech shirts provided (shirts for those who sign up early). Rush Creek is known for their long fetch, big waves, and blue water. We are anticipating a great mix of adult and junior sailors, some of whom will certainly give the adults a run for their money.Registration Here: http://www.rcyc.org/2020/laser-class-district-15-championship-1121-22/Please do your best to sign up early as it really helps the regatta organizers plan the regatta. We have had a bunch of regattas cancelled this year, so we need to take any opportunity to get on the water and keep the rust off!!!

District 15 had a slow Spring with Covid-19 resulting in the first ever delay of the world famous Austin Easter Regatta! We are hopeful the event will be re-scheduled for later in the year so please stay tuned. The car full of bunnies need a home as much as lake Travis needs a fun laser regatta!
On a positive note, our next circuit stop, the Seabrook Summer Solstice is ON for June 20-21 at the Seabrook Sailing Club in Kemah Texas! This will be our first event since January and I know everybody is itching to get back out on a big starting line with their laser friends! June conditions are often warm with a nice 12-20 knot sea breeze to keep things interesting.
Many club sailing programs are also back up and running, with Seabrook, Houston, Austin, and Dallas all now running their weekly racing programs back at BAU status. This is excellent news as we must continue to grow the sport and stay active on the water! Sail Fast!!
Category: Uncategorized |
wpmonkey | January 4, 2020
No comments

This fall was a wonderful time to sail in the great state of Texas! We had two scheduled District Regattas, first Hood at Houston Yacht Club and second Wurstfest at Lake Canyon Yacht Club, our district Championship.
We had 9 boats in attendance at Hood with Andres Boccalandro of Houston Yacht Club dominating with 8 points after 5 races. Close behind was Raleigh Christman of nearby Seabrook Sailing Club with 13 points and Dave Ryden rounding out the top 3.
Next, the fleet moved onto Wurstfest on the first weekend of November. Turnout was strong with 20 boats in attendance including 2 boats from Colorado and one from Arizona. Conditions on Saturday were extremely light and variable, with the race committee impressively running 3 races. There were some shifts of 90+ degrees and complete dead spots on the race course so no lead was certain. Sunday was much more cooperative with winds of 10-20 proving a much needed change from the previous days conditions. Winning both the regatta and the 2019 series was Griffin Orr of the Corinthian Sailing Club followed by Ethan Froleich of Austin Yacht Club and Doug Peckover in the full rigs. In Radials, Aubin Hattendorf of Corinthian Sailing Club dominated with Cameron Colonna and Caleb Fogle rounding out the top 3. This year we were also able to present the Iron Man trophy to Craig Berleme. The Iron Man trophy is awarded to the individual who attended every regatta on the circuit schedule.
Moving into 2020, we start the year with the fourth annual Rock the Ice Regatta at the Corinthian Sailing Club on January 25/26! Looking forward to seeing everyone on the water soon!
Category: Uncategorized |
« Older Entries